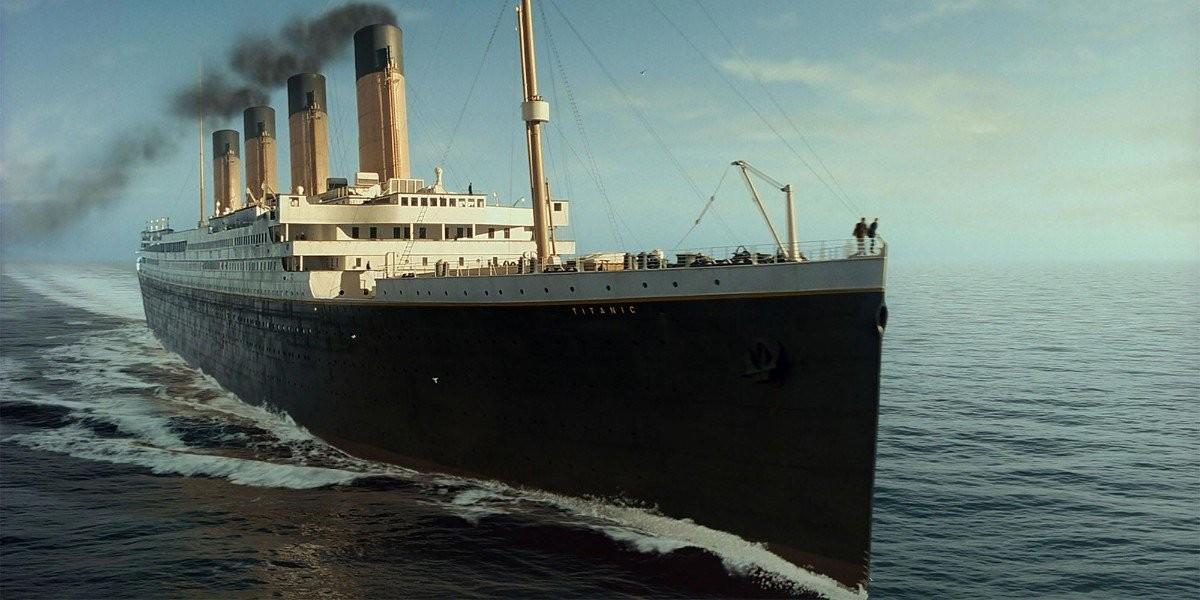 I want to shout from the rooftops for everyone to get going again!

Published by Kelvin Hopkins, Managing Director at The Professional Fundraiser on LinkedIn, 17 September 2020

We’ve all watched Titanic. Bear with me. There is a part in the film shortly after the iceberg has hit when the Captain orders to seal the bulkhead doors. For all of the passengers onboard they have no idea that this is even happening, and even if they did would probably have no interest as to the reason why. But for those working hard, stoking the boilers in the engine room that has already begun to flood, for them it is panic, a rush to escape and to make it through to the other side. For those that don’t make it they’re trapped and drown shortly after; for those that do, they have brought themselves a little extra time, although all that more aware of the situation the ship, it’s passengers and its crew find themselves in.

The same pretty much happens in any film involving a submarine that I have ever watched. U571, Das Boot, Crimson Tide, it never fails that following a torpedo shock the submarine loses all power and as it begins to slowly submerge deeper within the ocean layers the pressure of the water weighing down causes pipes to burst and compartments to flood. As lowly members of the crew try their hardest to work the bilge pumps, time is against them, and you know that any minute now the Captain will order the hatch door to be closed trapping the men below, and for a short time at least sparing the lives of the rest of the crew. Inevitably in such films, and just as the submarine begins to reach hull crush depth and the amount of perspiration coming from everyone on board reaches its climax, power is suddenly restored, and the boat begins to rise, returning to the surface.

As a business owner, I’ve taken the decision on two occasions to make members of my team redundant; once shortly after starting the business in early 2012 when I attempted to run before I could walk; and the second occasion was a few months ago when COVID brought the UK to a standstill, and my business like so many others to its knees.

Any business owner will say the same, and I am no different. Making redundancies is the most torturous and heinous part of the job. You go into business hoping and praying that you’ll succeed, you battle through the troughs and do whatever it takes to come through the other side. The last thing you want, the last thing you do, is to make the decision to place others out of work, for them with families to support, with rent and mortgages to pay, to lose their livelihood. But like the Captain of the Titanic, or of U571, you make the decision because there is no other option; some inevitably pay the ultimate sacrifice in order to help prevent the whole ship from going down. But regardless of the reasons and the justification, it’s a sad and desperate state of affairs.

July 4th was Independence Day. The day that restaurants, hotels, hairdressers and even face to face fundraisers were able to re-open their doors for the first time. I was first out. Not in a fundraising capacity, but in the barber’s chair! The next week my wife and I went for lunch at a bustling Italian we enjoy in London. It’s the sort of place that under normal circumstances has the tables and guests packed in and no matter the time of day is always full. The food is authentic and so are the staff, joking around and singing Volare as they wait the tables.

In the weeks that followed their re-opening, life in this quaint little Italian couldn’t have been more different. My wife and I reserved a table in advance for Saturday lunch, only to discover on our arrival that we were the only people there. Mid-way through the meal one other couple arrived. I was so annoyed, so angry. I was infuriated by all of their usual and loyal customers. Where were they.

The restaurant has a fantastic reputation, its 1,415th from 16,777 reviews on Tripadvisor! The restaurant had begun in 1974 and for 46 years it has been a hub for those taking a business lunch, for shoppers, for locals; and where were they now. All these guests who kept returning time after time, and when the restaurant needed them the most, they were nowhere to be seen. I wanted to stand in the street and shout at the top of my voice for people to get out and get back to what they did before. I wanted this great place to survive!

But my frustration was not only with the lack of guests this fantastic little place so often attracted. It was with everyone and everything. As much as I wanted to shout from the rooftops to protect and urge people back to the restaurant, I wanted to launch myself into every charity and shake people and tell them we’ve got to get back out there. Come on!

But the charity sector, and public fundraising in particular is decidedly more reserved than this. When the country went into lockdown we informed our charity partners that we would be making a gradual and phased return and would not re-mobilise with our final charity partner until at least 15 weeks following our first. I thought those at the end of the queue would be impatient and feel it unjust that they’d need to take their turn behind everyone else. Not once at the start of all this, did I think for one moment that the opposite would be true. Far from our charity partners being annoyed at being the last one, they were hustling for this position. No one wanted to be first.

I get it. I really do. Reputation and brand integrity are everything in this sector, and no charity wanted to be the first one out not knowing what the response would be from members of the public, not knowing whether they would be joyed at seeing their favourite charities back out raising funds, or thinking it irresponsible. Personally though, I always felt that the hordes of people flocking to the beaches in the beautiful sun was the greatest indicator as to how the great British public would react. In short, not that bothered! We forget that we are members of that public too. Most of us were out, eating, drinking, meeting with friends, trying to resurrect our normal lives. Yet for some reason we think the rest of the British public would be different, and would view fundraising, a short and timely one-to-one interaction, as inappropriate. And maybe some people would, a few people, and most likely the same few people that disagree with this form of fundraising in usual times.

We’ve been fortunate. And if you saw my post this time last week you would have seen that our charity partners have stood behind us. We returned to the field just a couple of weeks after we had initially planned, and although we are only operating at a third the capacity we were before lockdown, we’re back. We have an income, and for that I’m truly grateful.

I can’t help however but feel an enormous wave of sympathy for those agencies that have sadly not yet made their return. For the business owners who invested everything to start their enterprise, who drained their entire savings and who took on the burden of additional debt through loans and re-mortgages to provide the capital to get started. Who laid everything they had on the line; and for all the people employed or contracted with these agencies too, fundraisers and those behind the scenes, all with families to support, or rent or mortgages to pay.

Furlough is due to come to an end, and unless Dishy Rishi (I’ve stolen that nickname from an article I read, although not sure whether it is in reference to his handsome good looks, or the amount of money he’s dished out; or both!), but unless he has another printing machine, another means to support businesses and help them bring people back to the workplace, time is running out. Businesses, no matter the sector must restart if they are to limit the inevitable number of redundancies they are likely to have to make, and they need their customers to stand behind them in order to do so. As employers we have an absolute obligation to provide continuity of employment where we can, both within our own organisations and to also support our supply chains.

Managing reputational risk is important. Ensuring a safe return to public fundraising is paramount. You don’t need to tell me about the importance of compliance, we practically invented it! We’re called The Professional Fundraiser for a reason, I named the company such because I wanted to set the bar, I wanted to set the standard in the sector, and ask any one of our clients about us, no one will ever say that we don’t take compliance and brand reputation seriously. It’s what we’re known for.

Ensuring a safe fundraising space is vital, and every charity, every agency, must take seriously this responsibility, there can be no two ways about that. But it is impossible to make something fool proof, and any organisation's inability to do so is not a reason not to return to the field. We worked throughout lockdown to ensure we were ready as soon as the government and the Fundraising Regulator said we were able, and if other agencies haven’t restarted because they’ve rested on their laurels and are ill-prepared, then more fool them. But if they are ready, and if they have the necessary safeguards in place, fear of reputational risk should not be a barrier for them to return. Doing so risks that business, and the jobs of the many people they employ.

I read in Civil Society that the coronavirus crisis is likely to cost the charity sector 60,000 jobs, and that’s based on a sample of 455 charities and not counting the supply chain, and agencies like ours within it. In a sector that as of June 2019 employed 909,000 people, more than 6.5% are likely to face the loss of their job.

I watched a documentary on homelessness a few years ago. There was a homeless man who appeared very normal, that is to say he was clearly not under the influence of drink or drugs. He once had a good job, but when he lost this his life spiralled, he suffered with depression, he lost his home, he lost his wife, he lost his dignity and his self-respect. The only grace is he didn’t lose his life.

Job losses throughout this sector, throughout so many sectors are an unfortunate side effect of the coronavirus cure, and everyone will have a different viewpoint on whether the cure is worse than the disease itself. But organisations, businesses, jobs and livelihoods can be saved, and the mental health and devastating consequences of such implications avoided.

Let Rishi Sunak serving up food in Wagamama, and the Duke and Duchess of Cambridge making savoury treats in the Beigel Bake Brick Lane Bakery, be an example. And for something more scientific Global Health Chief Dr Hans Kluge (whoever he is) is also encouraging people back to work. The message to the people of this country is clear – return to work, have fun, go out, start fundraising again, but do so safely and sensibly.

Individuals want to work. Businesses want to get going. What’s stopping us now isn’t the disease, but our own hesitation to see things outside of our own world and the impact we have on the livelihood and wellbeing of others, however loosely connected to us they may be. Sometimes, decisions need to be made as to which is the greatest price to pay. 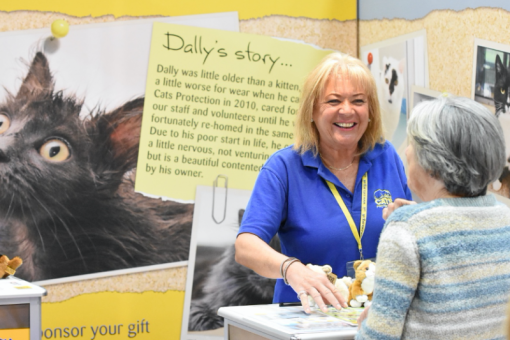 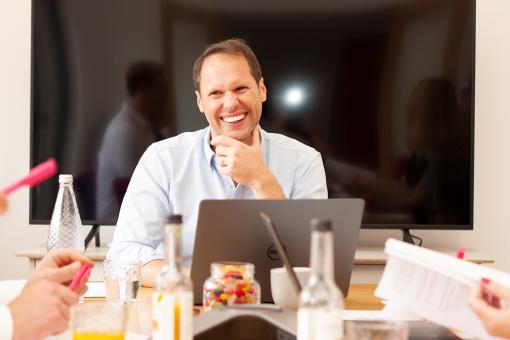 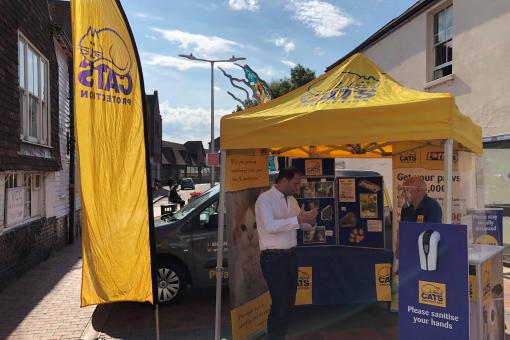